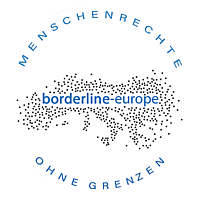 Greece: Because a 58-year-old father wanted to join his daughters in Berlin, he now faces 100 years in prison

Julia Winkler  21. Juni 2022 um 15:48 Uhr
For trying to follow his daughters to Berlin, H. Sabetara, a 58-year-old Iranian father, is charged with 'smuggling in Greece. His daughters had previously been able to leave Iran with the help of a student visa. As this route was blocked for him, Sabetara paid a smuggler who left him and other passengers alone at the border between Turkey and northern Greece. Because Sabetara drove a car inland, he was arrested for smuggling. For this, he faces 100 years in prison.
https://betterplace-assets.betterplace.org/uploads/project/image/000/079/969/281923/limit_600x450_image.jpg

In September 2021, Homayoun's daughter Mahtab, who lives in Berlin, receives a phone call. Her father has been arrested and is in prison in Greece. Charge: smuggling. Impending prison sentence: 100 years. For the 27-year-old and her sister Mina, a world collapses. For weeks they had feared for their father, their only parent. He had left Iran a few weeks earlier to follow them to Berlin. In view of the increasingly difficult political situation, Mahtab and Mina left Iran one after the other with the help of a student visa and have been living in Berlin since 2018 and 2021 respectively.

For their father and widower H. Sabetara, however, there was no legal and safe way to get to Germany, which is why he entrusted himself to a smuggler who was supposed to take him from Turkey and across the border river Evros to Greece. There, the smuggler had organised a car for the onward journey overland towards Thessaloniki. H. Sabetara did not have enough money with him for the onward journey. He promised the smuggler that his daughters would organise the rest of the money and send it to an acquaintance in Thessaloniki. In return, the smuggler demanded that he drive the car. He assured him it would be safe, everything would go well and if not, he would help him. Shortly afterwards, the smuggler disappeared, leaving Sabetra and seven other refugees who crossed the border with him alone.

This is a common occurrence on the flight route from Turkey to Europe. Refugees usually have to steer the boats or drive the cars themselves. While in the past smugglers took their "clients" to their desired destination, e.g. drop them off safely on the other side of the Aegean, due to the ever-increasing militarisation of borders and the criminalisation of migration, this has become too high a risk and therefore not been part of the offer for years.

But someone has to steer the boat or drive the car. So Sabetara drove the car. Shortly before Thessaloniki, however, they were stopped and checked by the police. Sabetara is arrested and something happens that he would never have expected: he is charged with smuggling, although he himself is a refugee and one of the "smuggled".

Specifically, the charge is "facilitating the unauthorized stay of seven third-country nationals". When he testifies that he drove the car because he could not pay, the charge is compounded by the aggravating circumstance of "acting for profit". Because three people were in the trunk, he is also charged with aggravating circumstances of having "endagered the lifes of others". According to Greek law, he faces 15 years in prison for each person transported, i.e. a total of about 100 years.

Since his daughters learned of his arrest, they try to help him as much as they can. We support them in their fight. We organised a lawyer and pay, thanks to your donations, for all legal expenses. Their father suffers from cancer. Health care in Greek prisons is poor. They are afraid that he would not survive a prison sentence of several years. He is the only parent they have left, as their mother passed away a few years ago.

"Our father must be released! Migration is not a crime! What kind of world do we live in in which a father is punished with 100 years in prison for wanting to reunite with his kids?", say his daughters Mahtab and Mina, who will travel to Greece together to testify as witnesses in the trial.


We join the daughter's demand and call for:

The charges against H. Sabetara to be dropped; Freedom for all those imprisoned for driving a boat or a car with other people seeking protection despite the fact that there is no alternative to reach the European Union; An end to the criminalization of migration and the incarceration of people on the move.