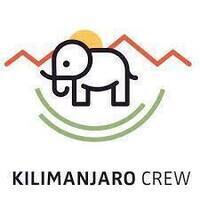 We have received another donation distribution of  € 3.456.34 and would like to express our sincere gratitude for every single donation! We have a new rescue case at Kilimanjaro Animal C.R.E.W. that urgently requires help. We would like to introduce Malamboni to you, a tiny little elephant bull that arrived in October. Malamboni was only about 6 to 8 weeks old when he fell into a deep hole. The herd could not get him back out and eventually had to abandon him. Luckily, he was found by rangers who acted very quickly and managed to rescue him whilst contacting Kilimanjaro Animal C.R.E.W. at the same time.Although Malamboni was in critical condition, Eli and Laszlo managed to pull him through due to their vast experience, dedication, medical expertise and last, but not least, an enormous amount of milk. The other three elephants, Savannah, Burigi und Maswa, also contributed their part, as social contact is almost as important for elephant babies as the milk and food. At the time of the rescue, Malamboni was still such a tiny baby that he needed milk bottles every two hours and - we are happy to say - he has turned out to be a real gorger which only improves his chances of survival. At the same time, Malamboni has seriously impacted on our supply of milk replacer and we urgently need to stock up on elephant milk again. We are incredibly fortunate that the milk powder is donated to us by the Akademie für Zoo- und Wildtierschutz e.V.  and we are deeply indebted for this support. However, we still need to pay for the milk replacer to be transported from Munich to Tanzania and this is exactly what we would like to use the latest amount of donations for. Savannah, Burigi und Maswa, but most of all Malamboni are sending their greetings and gratitude for your support and we look forward to hopefully seeing them roam the breathtakingly beautiful landscape of Tanzania again one day.  On behalf of the Kilimanjaro Animal C.R.E.W.
Yours Susann