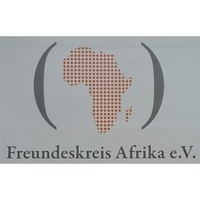 Earlier ending of the project and final steps

After I had retrospect on the work at Anagkazo Mission Academy, I decided on quitting the project after the second school term. I realised I had become miserable and frustrated during the first and second term because I failed to explain grammar rules clearly to the pupils. This decision is judged further by the fact that the pupils were misunderstanding me constantly. On top of that, I felt exhausted with trying to make the pupils pay attention and creating an appropriate atmosphere for adequate concentration. So, I think there ought to assist a qualified person who is capable of and familiar with teaching younger pupils rather than me wanting to explain everything that I know.

According to the philosophy of ‘Weltwärts’, an alternative project I could contribute to need to be found for the last period of my intended stay in Ghana. An idea of me was to help in an orphanage for children. Unfortunately, the children had been moved to a different place by the time we visited the designated orphanage. Another possibility was to assist in the Children’s Activity Centre where children can come and play but are also helped with their homework. I did a probation work-day there to see the routine and check whether this work is suitable for me. I helped preparing a small breakfast for the children who had come on that day. Then I read a story to the younger children. While I was reading to them it was difficult to make the children pay attention. Therefore, they gradually lost it and started to fool around. As a consequence, I declined assisting at the Centre because similar problems occurred to me that I could not even solve at Anagkazo.  Finally, I definitely quit the project at the end of May instead of the end of July. During my last days I helped Issah Addy renovating the office and organised the collected books (it was an awesome task because I could read some very stunned books while I was sorting them out).

As a final statement, I am content with the closing of the volunteer project and glad that I did it. I am thankful for the opportunity to visit Ghana and meet amazing people there. But I would not do it again; especially I would not choose a project that involves teaching.