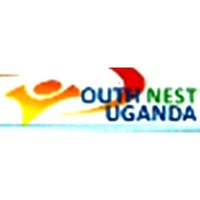 PROJECT:
Strengthening the involvement of Youth in their local communities through skilling and Village Development Associations (VIDA).
ORGANIZATION DESCRIPTION
Youth Nest Uganda is a local youth Organization, founded on the basis of three social values of self-help, diligence and cooperation to improve the income, welfare and mindset reformation of young people and their communities and to pursue community growth based on mutual trust and a society that share a common sense of destiny to give rise to a tradition of mutual help that also assists individual members of the society to improve their lives. Youth Nest Uganda is non-partisan and non-profit making led by young professionals with a mindset of cooperation and a spirit of “together we can” from the board room right through to the field. We channel the indisputably positive power of people in order to bring about real change, progress and development by developing various projects related to farmers’ income through partnerships.Youth Nest Uganda was registered by Uganda Government registrar No. 176384 in 2013 and is governed by a local board of Directors and a hard working team of young men and women, that seek partnerships with the private sector, other organizations, Government and the communities to bring services to the people and the youth in particular through Village Development Associations (VIDA).

Mission: To give quality and sustainable programs towards the will to independently define one’s fate based on personal efforts (self-help), diligence and cooperation to young people and their communities.

YONU Objectives include;
I. To carry out village to village mobilization, sensitization and rural entrepreneurship training and mind set reform outreach programs to develop a spirit of diligence, self help and cooperation as a cultural thought among rural communities to improve on the people’s environments, enhance people’s standards of living and income generation.
II. To promote sustainable environmental conservation strategies among rural communities more especially the youth.
III. To mobilize and assist the project beneficiaries to organize themselves into Village Development Associations (VIDAs) to manage and sustain the activities initiated under the project and link them to the private sector to take advantage of the economies of scale in purchase of farm inputs; processing, transportation and marketing of agricultural produce; increase their market share and facilitate better access to credit and other financial services.
IV. To assist communities, particularly the youth, to engage in fruit and tree growing and increase vegetable crop production for improved food security and income generation and promote awareness among the people of the value and importance of planting trees for environment improvement and protection.
V. To encourage spontaneity of village residents to practice three (3) major spirits of Diligence, Self help and Cooperation (productive unity) so as to improve the livelihoods of the beneficiaries more especially the youth in the project areas through enhanced domestic food self-sufficiency, improved nutrition and increased incomes.
VI. To serve as a catalyst for the local people to engage in other off-farm economic activities and community development initiatives to improve their social networks, self-esteem, independence and overall well-being.

Some of the activities to be done by Youth Nest Uganda with the availability of resources include; Promoting a positive mindset reformation from hand out dependency to diligence, self-help and cooperation, ii) Building effective linkages between local council communities and the private sector.iii) Skilling the youth in making in- built eco stoves to preserve the environment, creation of raw materials for eco stoves like; bricks, sand, briquette making and metal works, marketing and distribution, solar panel assembling and installation, repairs and maintenance and Skilling the small market oriented youth and farmers to produce for the market and commercial tree planting which leads to creation of jobs, reforestation and sustainable management of bio energy resources, sustainable production and use of energy-efficient cooking technologies, increased access and use of solar power technology.

Youth Nest Uganda’s point of view is that it is of no use how hard the government and development partners try to help if the recipients of development do not stand up and participate with passion for transformation, taking the front line position. Many rural communities the youth in particular lack voluntary desire and spirit of self-help, diligence and cooperation, on that note, Youth Nest Uganda (YONU) came up with Village Development Associations (VIDA) model and seeks to apply social entrepreneurship as a means in advancing skills, tolerance, accountability and peace thus promote community co-existence, expression and involvement by carrying out village to village mobilization, sensitization, youth skilling and entrepreneurship training outreach Activities basing on three basic principles of self-help, diligence and cooperation to help communities more especially the youth gain mindset reformation, financial inclusion, increased incomes, skills and environmental improvement and protection through public private partnerships. The established VIDAs will strategically act as development platforms to Government, private sector and other development partners in each village to reach the lowest small holder young farmers in communities and for sustainability and continual reach out activities.
The project aims at building capacity towards skills, production base of agriculture sector and mindset reformation through civil-public private partnerships; by enabling communities work in groups, advancing technological support, and advancing a positive attitude. leading to i) improvement of employable skills; ii) creation of opportunities for gainful employment or self-employment; and iii) improved community engagement among young people in partnerships.

Uganda has a big challenge of a labour force that is largely under or unemployed due to inappropriate skills, mindsets and the slow labour absorptive capacity of the economy. The result has been a large number of unemployed youth who are becoming a social and economic threat. The failure to match the skills and attitudes needed in the economy creates a gap in the human capital which is critical for economic and social transformation.

Many developed countries have evolving ideological frameworks based on the shared values concept. These frameworks help to evolve and anchor a national identity by incorporating various elements of the country’s cultural heritage, attitudes and values.

Culture is a symbolic communication of a nation’s skills, knowledge, attitudes, values, and motives learned and deliberately perpetuated in a society through its institutions to propel socio-economic transformation. The lack of a shared Ugandan culture and national value system has created divergence in perceptions, mindsets and attitudes given the diverse nature of Ugandan people. It has thus, limited unity, spirit of patriotism, national identity and constrained integrity and lack of appreciation and value for the common good. This partly accounts for Uganda’s lag behind countries that were at the same level of development with it in the early 90s and is one of the constraints to Uganda’s socio-economic transformation efforts.

Youth Nest Uganda therefore, popularizes a value system based on a shared national Vision to guide the behaviour and culture of the Ugandan young people through Village Development Associations (VIDAs). This will facilitate the convergence of various Cultures and strengthen unity in diversity of the Ugandan Youth hence nurturing of a progressive society with positive attitudes, values, and mind-sets.

In addition, deliberate programmes with a specific focus on skilling and creating a shift in thinking and practices amongst the Ugandan people and more especially the young are being developed and implemented. The values that will be inculcated will include acknowledging our destiny, putting the nation first, unity, respect for each other, diligence, cooperation, self-help and the respect for human rights, good governance, transparency and accountability and skills like making eco stoves, solar panel installation and maintenance, marketing and distribution and a forestation.

This way, Youth Nest Uganda will create a population that cares about its country and masses who are well informed about their roles, duties and obligations in nation building and environment protection.

The need to mobilize, sensitize and train people, especially the youth, to establish VIDAs, appreciate and participate in the transformation process cannot be underestimated. This will facilitate development of a common identity and enhance civic responsibility. It is important that young men and women as the country’s most important resource are equipped and developed to get involved and play a meaningful role in the reconstruction and development of their households and the country.

Village Development Associations will be empowered to work through an organized system in terms of mobilization of young people; skilling, supply and marketing geared towards growth so as to promote a social business model and strategically these groups will be strengthened to work as development and market platforms for communities and the partnering companies from the private sector.

The action offers a dynamic framework through which to understand and assist youth to realize their potential and in addition, deliberate programs with a specific focus on creating a shift in thinking and practices amongst the Ugandan young people will be offered through VIDA. The VIDAs will elect their leadership committees of 9 people get registered with the District authorities to be more recognized and to be able to conduct their business legally.