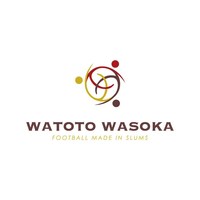 Watoto Wasoka - Football Made In Slums

Uganda is a landlocked state in the eastern part of Africa and is located between South Sudan, Kenya, Tanzania, Rwanda and the Democratic Republic of Congo. It gained independence in 1962.
Like many other developing countries Uganda is still facing the immediate consequences of former authoritarian governments, civil wars, influx of refugees from neighboring countries, a rapid population growth and an increasing urbanization.

Since independence in 1962 Kampala is officially the capital city. Built on seven hills Kampala can be described as an enormous scattered settlement.
During the time of the civil war, 1979 till 1985, the city's infrastructure was in a desolate state. The president of the new government after the war, Y. Museveni, prioritized on the reconstruction and improvement of the local traffic system. For many rural citizens the stabilization of the capital city's infrastructure served as a major pull-factor. The increasing number of migrants coming from other areas of the country, looking for better living conditions and employment, lead to an increased urban population. Since that time the city is constantly growing, suburbs and outskirts are multiplying. While in 2009 Kampala had a population of an estimated 1.5 million citizens, the number of inhabitants in the city went up to over three million to date with around 40 % of the population living in slum areas.
Due to demographic changes caused by civil wars, the explosively growing population number and urbanization, traditional life and work in small communities is being replaced by new forms of life. Rural migrants seeking prosperity, security and better life qualities soon come to face reality. More than a few migrant families find themselves living under worse conditions in the city than they used to live in back home in the village, resulting into a disillusionment that is often accompanied by domestic violence, alcoholism, poverty, sickness and lack of hygiene.
The ones who suffer the most are the children. Driven by the hope for a better job and a life without hunger, by lack of perspectives, violence and abuse at home many children eventually live their lives on the streets. Another contributing factor is the high rate of Aids cases. Many children become orphans. Others stay home in order to care for their sick parents or siblings until they get dismissed from school.

Street children have no access to education, medical care, a sufficient diet and clean drinking water. They keep their heads above water by doing occasional jobs in the informal sector or by begging. But it is not a rare case that the children, in order to make ends meet, start committing petty crime, later burglary, robbery, violence. Usually, the older the child, the more serious are the offences. They become discriminated, excluded and ignored by society. Around ¾ of street children show behavioral disorders, depressions, hyper activity or other psychosocial illnesses. To create a state of mind of forgetting, many start using alcohol and other drugs, which leads to a higher financial need hence more juvenile behaviors.

Just like anywhere else in the world the love for football is vibrating in any corner of Uganda. However remote or small a place might be, you can be sure you encounter provisional dirt pitches in every village, in every city, in every slum. Football is the big passion of every kid in this beautiful country, proofing Kofi Annan and Joseph Blatter right when they said the following during the 2006 World Cup:
“Football is a global language. It can bridge social, cultural and religious divides. It enhances personal development and growth, teaches us teamwork and fair play, builds self-esteem and opens doors to new opportunities. This, in turn, can contribute to the well-being of whole communities and countries.”
(United Nations/New York, June 6th, 2006)
For Kampala’s slum children, football has become more through our organization. As a small group of Ugandan and German social workers, educators, psychologists and football coaches, we founded the charity organization Watoto Wasoka (Swahili for „Football Children“) – Football Made In Slums in Kampala in 2009 with the target to offer slum and street children in the city an alternative to life on the street and provide them with access to the education system by using football as a medium. Our intention is to utilize the values intrinsic to this sport - comradeship, fair play, respect, equality - to form strong characters and give slum kids a realistic perspective for their future.
While, due to the school fees, an access to the education system is unattainable for many children in Uganda, especially street and slum children, almost every school and academy is on the lookout for talented players to enroll them in their internal football teams by offering them scholarships or bursaries.
Based on this we came together as an organization targeting the reduction of the number of street children by furthering talents and establishing a tight network with schools in order to create chances for children to win scholarships and bursaries.
In the community and the surrounding local environment we create awareness and sensitize citizens as well as schools, politicians and other social institutions for the problems of street children and their needs.
Although every child that grows up in a slum or on the street has its own individual background story, they all have one thing in common: they all were exposed to difficult family situations and find themselves in situations characterized by a lack of perspectives, criminality, lack of support from family members or other adults, mistrust towards other people but also towards their own capabilities, spirals of violence, health risks and addictions. One major aspect of our work therefore is to break this spiral and show the children a way out of their situation. In addition to professional talent advancement through experienced coaches the children therefore also receive pedagogic orientation and social-psychological support.

Watoto Wasoka is still a very young organization, however, our outputs have been big: since its founding, more than 100 kids have received secondary education through sport scholarships through our organization. Watoto Wasoka runs youth teams over various age groups and offers, besides trainings and matches in official Ugandan youth leagues, a lot more than most of our kid´s families are able to provide: shelter, social guidance, health and other education and much more.
Besides our daily operations, Watoto Wasoka hosts two events, which have gained considerable popularity beyond the central region: One is the annual Slum Football Tournament, which is a one day event normally held in July and at which up to 30 teams consisting of Kampala slum kids compete. The other one is the annual Christmas Soccer Camp, which we will host the second time this year and for which we expect more than 800 kids to join us for a 6 day training camp at the turn of the year. Participants will be trained by semi-professional coaches, enjoy the game they love and each other´s company.
For both events we invite the local community as well as media, schools and talent scouts to provide the children with a platform to expose their talents.

Additionally to continuing with our work and expanding our tournaments and networks our next big objective is to open up our first Watoto Wasoka Children’s Centre, which will offer a wide range of our services and support options for our youths.
In order to facilitate the realization of our objectives we need your help! If you would like to support us you can do this in form of in kind or food donations, e.g. Rice, Beans, Posho, Footballs etc. or with financial donations. But we are also grateful for donations in time – may it be in form of volunteering with us in Kampala or by for example helping us by optimizing/supervising our homepage, designing flyers etc.! We are thankful for any kind of support, may it be explicitly for one of our events or for our daily work with the children.

I triggered a payout for these needs:

Thanks to everyone who has supported this initiative, we will proceed with the expenditure as defined in the needs - footballs, venue and feeding. Thank you so much.

A donation amount of €1,000.00 was requested for the following needs: