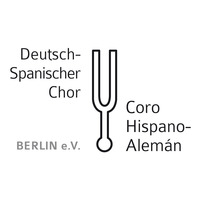 What began a few years ago when a group of Spanish singers met, has since grown to become a German-Spanish (D-ES) choir in Berlin with 25 members from many different nations. The joy of challenging music and the love of the Spanish language and culture bring vocalists together under the direction of Frank Szafranski. Programs focus on Spanish Renaissance music, however, German and other European pieces are also included in the repertoire.

The D-ES Chorus is a non-profit, Berlin-based choral ensemble established in 2010 by Frank Szafranski and Antonia Seeger de la Muela, who led the group's initial board of directors. Mr. Szafranski, who was trained in professional classical singing at conservatories in Berlin and Dresden, has been a member of the choir of the Staatsoper Unter den Linden in Berlin (Artistic Director: D. Barenboim) since 2000. Mr. Szafranski was formerly commissioned as a regular guest performer at the Stadttheater Freiberg, the Staatstheater Cottbus, the Landestheater Eisenach, the Staatsschauspiel Dresden, the Theater Bautzen and the Stadttheater Görlitz. He has sung such roles as Lenski, Count Almaviva and Ravel’s Gonzalve and gives particular attention to classic German “Lieder”.

The D-ES Chorus presents a new program semi-annually, performing a wide range of European choral works with an emphasis on Spanish and German compositions from the 15th through the 19th centuries. Early works by composers such as Banchieri, Cárceres, Donati, del Encina, Flecha, Guerrero, Haßler, di Lasso, de Marzi, Prätorius, Senfl, Vásquez and Vecchi, de Vitoria compose the „Golden Age“ core of performances. Madrigals and villancios from the Llibre Vermell de Montserrat, the Circumcisione Domini, Cancionero de Palacio and Uppsala and the Lochamer Liederbuch may be heard at the group's concerts. Ensaladas and traditional Sephardi music are also included. Later compositions by J.S. Bach, Brahms and Mendelssohn round up the current repertoire.

The group of approximately 25 singers in four voice ranges performs a cappella, however the chorus has had the pleasure of performing with percussionist Kaveh Jaryani, whose mastery of the daf has enhanced many a concert. The chorus has also collaborated with such esteemed musicians as soprano Rosana Berrena, the lutist and vihuela player Beate Dittmann and gamba virtuoso, Ana Alvarez. Hannah Erxleben and Pedro Izquierdo more recently accompanied the chorus on flute and guitar respectively. The D-ES Chorus also shares its interest in music with the musicians of the Stadtgemeinschaft Berlin (LebensOrte), giving regular performances for and with people with handicaps.

The D-ES Chorus has given concerts in Berlin in the Gothic Hall of the Spandau Citadel and at various churches and venues in and around the city. Semi-annual rehearsal weekends are held in Zinnowitz on the island of Usedom. The group has also been engaged for private events. Concerts are given at the Instituto Cervantes, who together with the Spanish Embassy are avid supporters of the ensemble's endeavors.

In its short history, the chorus has performed in Barcelona as guests of Coral Polifonica San Lluis (2013), at the Festival Corale Garda Estate in Verona, Italy (2014) and in the Chiesa San Gregorio Armeno in Naples, Italy (December 2014), heing hosted there by the choir Exultate Deo (http://win.exultatedeo.it/). The chorus also sponsored concerts in Berlin and Brandenburg for Spanish-singing choirs, including the Coral Polifonica San Lluis of Barcelona and Coral Cantemos from Montevideo, Uruguay.

Works are chosen according to their polyphonic quality and their potential to demonstrate the positive and recipricol influence of musical and cultural diversity.

The D-ES Chorus is greatful for all donations supporting these endeavors. International contributions are possible, however, we recommend consultation with local internal revenue service agencies concerning tax deductions to foreign organizations ahead of time, should this information be of interest. Thank you! 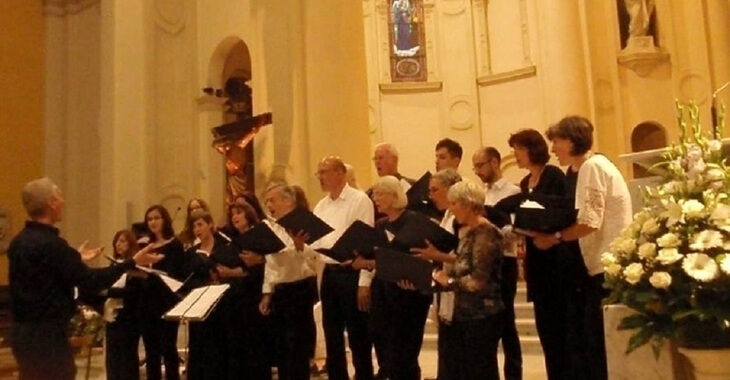