Established on 1st July 1993, Youth Alive is a registered community based non – government organization (Reg. No. S. 5914 / 1263) that was started by youths, under the guidance of Sr. Dr. Miriam Duggan in Kamwokya – a Kampala suburb, which was severely affected by a diversity of social & health problems. The central idea of Youth Alive Uganda in the HIV/AIDS prevention programs is to focus on the challenges and pressures that young people face today and to empower those young people to make positive and educated decisions in order to live healthy lives. This is done by paying close attention to behavior patterns and outside influences through conducting Life skills development, behaviour change programs, training peer educators, providing counselling and Advocacy activities through other networks. This is sustained by encouraging beneficiaries to live exemplary life style and forming positive peer groups (Youth Alive Clubs) in schools and communities. Youth Alive Uganda also carries out activities aimed at stopping violence against women and girls in the community 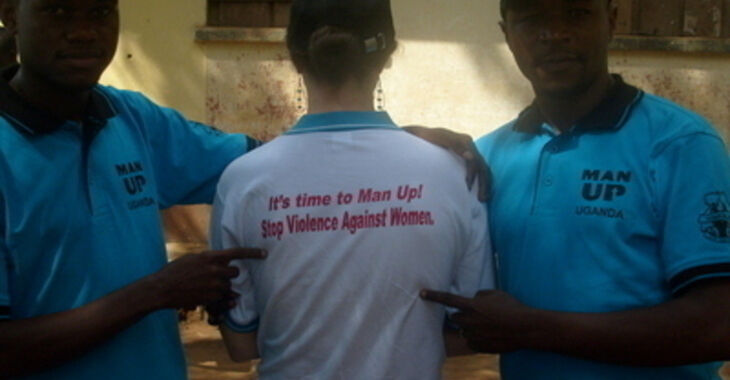 Why advocacy for girls and women rights is imperat

A friend of mine I had not seen for close to 6 years came called me yesterday and requested to meet me, when we met she was full of tears. this is her story, in 2005 she was in her last year of  university when she went back home for holidays she was told that she was not going to university any longer because she had been  married off to a certain man who already had 5 wives an dshe was going to be the 6th. she had no option than go with the man who she never had any feeling but because nobody listened to  her refusals submissions. for 2 years she struggled to live with this man and on adaily  basis they would fight because she never wanted to sleep with the man. finally the man sent her away to the parents, the father chased her away because the man had paid 2 million shillings as bride price and the father never wanted to pay back. the girl for sometime stayed with the friends up to a time she could nolonger support her self and decided to go back to her parents home. the father again told her she was not welcome, upon pleading by her mother the faher accepted to accomodate her in the boys quater but no other services like feeding and the like. its the mother who sometimes sneaks into the boysquater to take her food. The girl wants to go  back to the university to complete her studies but the father has refused to pay........ Now back to human rights advocacy, in Uganda, there is no law that prohibits a father from mmarrying off her grown up daughter. it only becomes a case if she is bellow 18 years but if she is above 18 then there is no law. the father can decide whatevr he wants. Its only human rights advicacy that can bridge this gap because this daughter has a right to choose whom she would like to marry and at what age. this story represents a milion stories of many girls in Uganda whose rights are abused on adaily basis and the law cant help them. In Uganda no woman would report to police a psychological abuse because police would ask for evidence, a woman would have a case if the abuse is physical but you and I know that Psychological abuse is posible and inflicts equally the same damage. As we penetrate communites advocating for women and girls rights our  intention is bridge the gap where the law is silent and yet damages are evident.