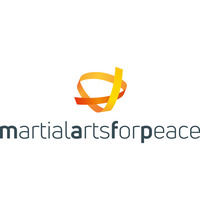 Martial Arts for Peace gemeinnützige GmbH is a non-governmental non-profit organisation committed to translating core values from martial arts philosophy and Olympic values-based education to everyday life situations of children and young people. By combining the practice of martial arts with educational programs and youth work we aim to build self-confident and resilient individuals and communities. Founded and registered in Germany in 2019 (Court of Registry HRB 115252 Frankfurt am Main) and with a regional hub in Turkey our approach is two-fold and comprises of a) network development and b) implementation of collaborative projects. We work with children and young people including marginalized and most at-risk individuals and groups (unaccompanied/separated refugee and out-of-school children, people with disabilities, victims of bullying, and of gender-based violence).

120 participants half from refugee and half from Turkish host communities including martial arts instructors from Gaziantep, Hatay and Şanlıurfa provinces came together for an event unique of its kind. By sharing knowledge and expertise, learning about philosophies and core values of martial arts and jointly experiencing different martial arts the Martial Arts and Life Skills Camp made a contribution to the overall aims of peacefully living together and to social cohesion.

Together with the Turkish Chess Boxing Federation the relatively recent sport of Chess Boxing was launched as part of the two-day program.