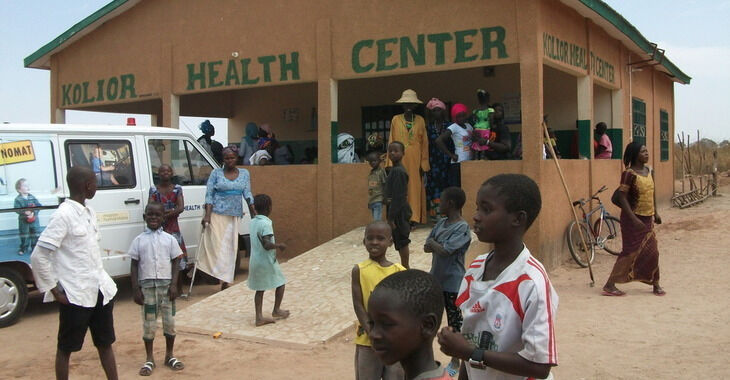 March 29, 2022 grafik.png 467.84 KB Kolior Health Center has got a new component, a maternity wing that will handle all cases dealing specifically with women and children. The magnificent building was inaugurated on Saturday 19 March at a joyous ceremony held at the village’s Health Center. The project, costing E 53,196 euro (D2,925,750) is funded by the German Ministry of Development through WURZEN INWEI WELTEN E.V headed by Regina Samura as project coordinator. The project was implemented through the collaboration of the Kolior Youth Development Association, KYDA.

The maternity wing is the latest of a series of projects undertaken by the group at the Kolior Health Center. In 2015, the group constructed a staff residence at the tune of 6000 euros equivalent to (D306, 120)  and the following year,  they conducted a major rehabilitation of the health center including fitting it with solar lighting system as well as furnishing the staff residence at the tune of  25,584 euros  (1,407,120)

Addressing the gathering at the official opening ceremony, Momodou Sanneh, member of the executive of KYDA, thanked Regina Samura and her group members for their laudable intervention in the development and upgrading of the Kolior Health Center. He gave a brief history of the health center revealing that it started in 2010 through a project supported by a group called Schools 4 Schools led by Sara Camara whose group also paid the staff  and provided drugs to the health center for five consecutive   years. Mr Sanneh thanked Nurse in charge and  staff  and gave  thumbs up to Abou Mass, the technical adviser and Babucarr Jallow the catchment chairman of the committee for their volunteerism.  Mr Sanneh lamented that the Gambia Government is yet to take over the operations of the health center despite an MOU which states they should take over since seven years ago. He urged the health authorities to work towards that. The ceremony was attended by members of KYDA led by Bakary Jassey and official of the Ministry of Health based in the area.
https://standard.gm/category/gambia-news/