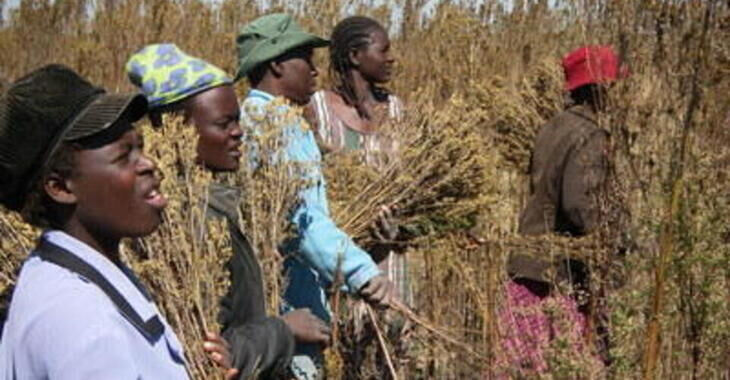 The mobile still is steaming

In March, the new mobile KAITE-still was being used in Kufunda for the very first time.

We could extract Taget oil. The advantage of the mobile distiller is that KAITE can take it to the farmers who grow plants for the production of essential oils and they don’t have to bring the voluminous mass of harvested crops to the distiller, therefore avoiding high transportation costs. It also enables the farmers of remote areas to process their harvested crops.

After a sightseeing tour in the park, where the children could see zebras, ostriches and lions, the group had a picnic and a little guidance through the attached zoo.

The children were very happy and for the KAITE team, it was likewise a nice experience to see the children laugh.

KAITE on the Planet Diversity In Mai, the UN conference on biodiversity and biological security took place in Bonn. KAITE participated in the conference on the convention on biological diversity. There René Fischer presented KAITE’s work. <!-- [if !supportLineBreakNewLine]--> <!-- [endif]-->

In May, the trust members Elisa Manukian, Dr. Kathryn Spieß, Asta von Unger, Alexa Pastoors and Holger Lengsfeld cleaned out their closets to go to the flea market for the benefit of KAITE.

Apparently, the stand on the Arkonaplatz in Berlin was fun and a nice donation was the result for KAITE.

After taking a look at the work done by KAITE close to Harare, he worked together with the team on conceptual structures of KAITE and the preparation of proposals.

At the moment, KAITE is heading towards the next season which will start in October.

Therefore, the KAITE team visits small-scale farmers in remote areas of Zimbabwe and talks to them about a cooperation with KAITE. During the next weeks, KAITE will work on contracts for the individual farmers for long-living and fair partnerships.

On August 18th and 19th , KAITE attended a Workshop of the Zimbabwe Organic Producers and Promoting Association and worked on strategies to enhance the organic production in Zimbabwe. It was quite an interesting compilation of organisations around Zimbabwe who are involved in organic farming in some way, either through production, marketing or training. KAITE is going to join ZOPPA to enable it to contribute in the growth of organic farming in Zimbabwe.