Closed Theresienstadt. The Legacy of the Girls of Room 28. 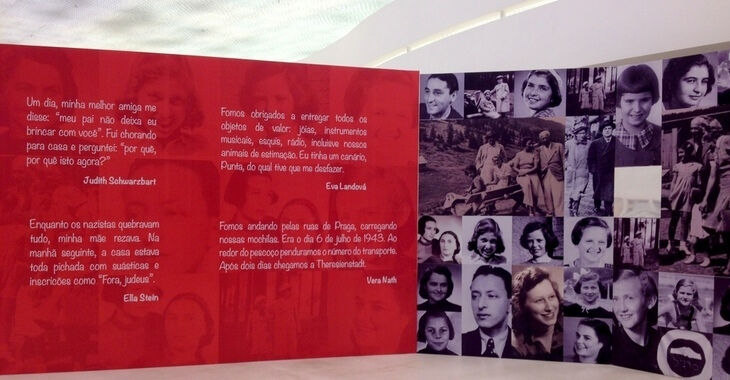 Closed Theresienstadt. The Legacy of the Girls of Room 28.

The story of “The Girls of Room 28” is one about the power of art, culture and human values in inhuman times, about children in the Theresienstadt Ghetto. It is a tool for a better world and future.

Since 2004 survivors of the Holocaust who once lived together in Room 28 of Girls’ Home L 410, in the Theresienstadt Ghetto, have given living testimony of their childhood experiences and shared their sad recollections, but also their values and hopes with the younger generation. Today only few of these women, born 1930, are still alive- On 14 November 2020 we lost Helga Kinksy, author of the precious Theresienstadt Diary that  plays a pivotal role in the project. And Helga herself was the strongest partner in the project

The story of these girls  is documented in the book and the exhibition “The Girls of Room 28”, in the Theresienstadt Diary by Helga Pollak-Kinsky (piblihsed in German under the title "Mein Theresienst#dter Tagebuch 1943-1944)  and in other media. The brochure Theresienstadt. The Girls of Room 28. Compendium 2017. Room 28 Educational Project informs about this project, which began in 1996 and is still growing.

It is the major mission of Room 28 Projects (the name stands for all the works by the author Hannelore Brenner) is to tell the story of these girls. The mission is supported by the NPO Room 28. It is our common mission to save the legacy of these girls, give it a voice and a shape and share it with younger generations.


The fate of these girls is captured in the microcosm of “Room 28”. Though this is a  place in the midst of misery, it also sheds light on the cultural achievements of the ghetto inmates and on the educational efforts of the adults who took care of the children. This is why the legacy of these girls also embraces the artistic and spiritual heritage and is a shining example of the power of art, culture, creativity and humanity in an inhuman time; and this brings us right into the middle of today. In order to fulfill our mission we need your help for work like this:

In the last 14 years the exhibition was shown in more than 60 places in Germany and in other countries. In 2008 it was on display in the German Parliament, in 2013 at the European Commission in Brussels, in 2014 in Geneva at the United Nations. In May 2014 a newly designed exhibition was realized in Brazil and shown in prominent places all over the country.
Show all 33 photos
EducationCultureHuman Rights
Updated at 23. February 2021