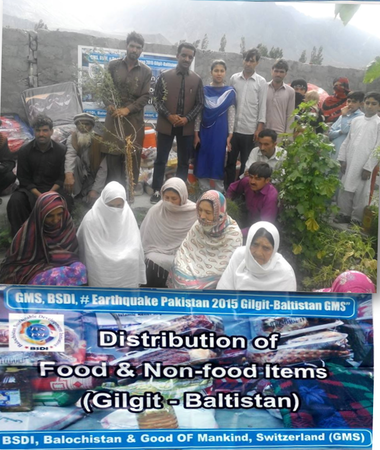 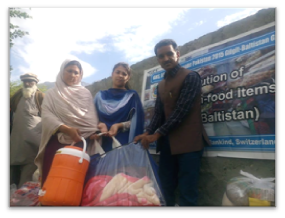 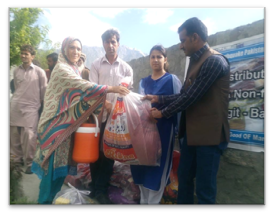 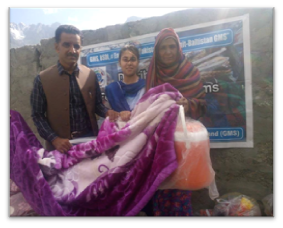 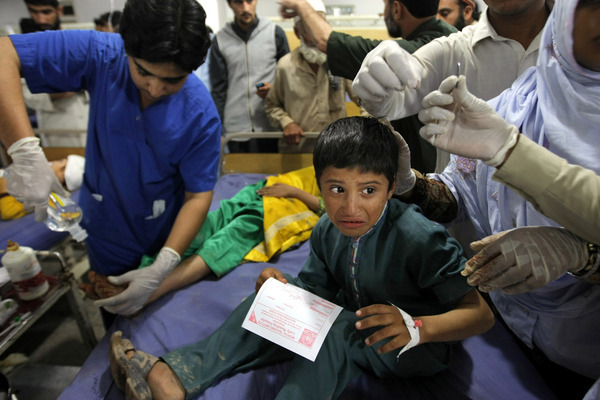 DISTRIBUTION OF FOOD & NON-FOOD ITEMS (FIs & NFIs) TO RESIDENTS OF

By: Good of Mankind, Switzerland (GMS)

Number of Beneficiaries: 24 Households of Earthquake Affectees Details about beneficiaries are  with GMS now.

District Ghazar and its surrounding areas witnessed a devastated earthquake in September 2015 which left a large number of people as vulnerable due to harsh weather. Quake has destroyed basic infrastructure. Local community loss their house belongings along with precious lives.

Earthquake of 7.2 intensity  jolted major cities of Gilgit Baltistan, including the adjoining northern areas, leaving nearly 300 dead and around 3,000 injured due to building collapses, landslides, stampedes and other quake-related incidents. Pakistan is located in the Indus-Tsangpo Suture Zone, which is roughly 200 km north of the Himalaya Front and is defined by an exposed ophiolite chain along its southern margin. This region has the highest rates of seismicity and largest earthquakes in the Himalaya region, caused mainly by movement on thrust faults.

Balochistan Sustainable Development Initiative (BSDI), Balochistan with the help of its fellow organization Good of Mankind Switzerland (GMS) distributed Food Items (FIs) & Non-Food Items (NFIs) among the quake affectees for their rehabilitation. 24 households were benefited to avail food and non food items for their survival. The composition of food & non-food items packages (in sufficient quantity) are as under:-

A proper assessment has been carried out to identify the right beneficiaries for distribution of food and non-food items. It was small scale project which collectively decided to meet the initial and immediate need of households in Ghazar only, at later stage this kind of project be duplicated in other surrounding areas after proper fundraising by the both organizations.

Let us complete the Project helping Victims of Earthquake
Donate now
Comment | Send a message
All comments are visible in the comments section.
☼Edit