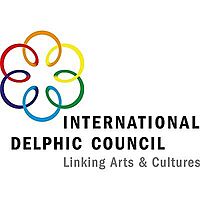 BECOME PART OF SOMETHING BIGGER - LAUNCHING OF THE EUROPEAN DELPHIADS

The Launching of the EUROPEAN DELPHIADS (continental Delphic Games) will take place 2021 in Delphi, Greece – 76 years after the end of World War II – START-UP FOR PEACE! The Delphiads will enable us to organize the support of arts, culture and education.

After the Launching, the European Delphiads are supposed to be held every two years in different European countries. The focus is on strengthening Europe as a whole. The aim is to use art & culture & education strategically to address citizens emotionally, to make them aware of the common values / common history, to actively involve civil society.

51 Countries – 1 Europe! The European Delphiads will mirror the diversity and wealth of Europe’s culture and will uncover their interpenetration to everybody. Thus is a new platform within the worldwide Delphic Movement helping to grow together expressing what we share.

The Delphic Games are, historically speaking, a peace-making competition of the arts. They took place in ancient Greece for almost 1000 years, one year prior to the Olympic Games and had at the time a similar level of importance in society. The Games were organised by the Amphictyony, forerunner of the UN, with the aim of creating/preserving PEACE.