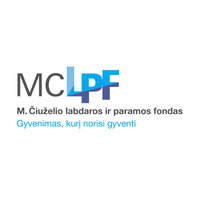 MC Charity Foundation (the registered name M. Čiuželio labdaros ir paramos fondas) was founded in late 2014. It is dedicated to improving overall living, nursing and medical care conditions and introducing innovations in the field of nursing in Lithuania. The Foundation invests in modern and long-term nursing technology and advanced equipment that Lithuanian medical institutions can only dream of.

Our Philosophy - We believe everyone deserves a life worth living.

One of the main focus areas of the Foundation is to improve the quality of life for the elderly people. We aim Lithuania to become an age friendly country where old age people are an integral and important part of the society, where everyone fosters appropriate respect for for seniors and seeks old age people to live a dignified, purposeful, active and healthy life.

M. Ciuzelis  14 January 2016 at 01:13 PM
MC Charity Foundation (the official registered name M. Čiuželio labdaros ir paramos fondas) jsut before the Christmas has granted a human milk analyser “Miris HMA” to premature babies at the Neonatal Intensive Care Unit of the Children’s Hospital. This innovative technology created in Sweden helps to measure the macronutrient composition of human milk contributing to a better outcome for the baby, the family and the clinic.
“Out of approximately 30 thousand babies born in Lithuania every year, 2 thousand are born premature, - explains director of the Neonatology Centre of the Children’s Hospital, doctor of medical sciences Arūnas Liubšys. - Being of extremely tiny size premature babies are incredibly fragile and our actions during the first few weeks of their life has a great relevance. Human milk can be a lifesaver for sick or preterm babies. Apart from its nutritional properties, it kick-starts the immune systems and provides hormones and enzymes that promote gut maturation and digestion.”
“Miris HMA” analyser is the only such device in Lithuania. With the minimum time and fuss, the analyser gives energy, fat, carbohydrate, and protein content in human milk. This allows hospital staff to focus on the necessary intervention and supervision.
“The fact that Lithuania was one of the rare examples within European Union not yet using such technology in its hospitals, was the main reason why we decided to buy the device and fill the gap”, - said Marius Ciuzelis, the Manager of the Foundation.
When raising funds (EUR 17.5k) for a human milk analyser MC Charity Foundation launched several crowdfunding campaigns on different platforms, its supporters participated in fundraising events, variety of donation ways were introduced to Lithuanian donors.
This is the second project of the Foundation supporting the Neonatal Intensive Care Unit of the Children’s Hospital in 2015. In January, the Foundation granted an ultrasonic cardiac output monitor USCOM 1A created and developed in Australia, worth EUR 25k .
MC Charity Foundation was founded by Kristina and Marius Čiuželiai in 2014. The aim of the Foundation is to improve overall living, nursing and medical care conditions in Lithuania, introduce innovations and invest in modern and long-term nursing techniques and advanced technology.
https://asset1.betterplace.org/uploads/project/image/000/029/759/127736/limit_600x450_image.jpg