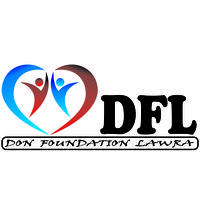 Executive summary
FU WAA YAANI! FU WAA YAANI!! FU WAA YAANI!!! (AKWAABA)
1. INTRODUCTION
We warmly welcome you to Don Foundation Lawra (DFL) was established on 1st of January 2015. Don Foundation Lawra (DFL) (Community Based Organization) is a group, which is not under Government. It is established by a native of the community Lawra with the intent of promoting and proposing development projects as well as educational programs, which aim to strengthening the spirit of the widows in the community, and giving children, youths and the widows a better opportunity through knowledge, skills, confidence and community membership and participation.
DFL will be an organ for different projects and coordinate and inspire cooperation for the benefit of all parties.

Mission
To improve upon the welfare of needy widows and children in the district
Vision
It is the wish of the foundation;
• To make needy widows independent and self-sufficient in providing themselves basic needs through handicrafts, pretty trading, agriculture and saving.
• To enable needy children have at least basic education with ease.
Aims and objectives
The aim of the foundation is to improve upon the welfare (living standards) of needy widows and children.
The objectives of the foundation are;
1. Support needed widow;
a. Train widows on handicrafts, agriculture and on trade
b. Support them financially
2. support needed children in their education through;
a. provision of study materials
b. financial support to take care of their feeding
Justification Support Dom foundation Lawra on The Welfare of Needy Widows and Children in Lawra
The vulnerability of women worldwide also affects women in Lawra. The cultural system makes it difficult for widows in the district. Women in general do not have say in terms of decision making, they have no right to property (for example, land) ownership, very little opportunity to have access to education, just to mention a few.
Though things have change a little with gender (women) empowerment programmes and the adopted culture, that is the enskinment of a Queen Mother. Certain women groups most importantly, widows still need serious attention and support. They were force in the past to undergo certain health risky widowhood rites. They still face inheritance problems as automatically, all belongings of the husband (including what they worked for together) goes to the brothers. They are virtually left with nothing.
Children on the other side have problems feeding, going to school, accessing healthcare, and so on as they can hardly take care of themselves. Children in the district though still living with their parents cannot have access to school.
The foundation seeks therefore to offer a helping hand to these widows and children in financial, material and technical terms.
Significance
They foundation if successfully launch will see:
• Widows have some source of income
• Widows will be independent financial after going through the training
• Children also will have some sort of education at least the basic level
Foundation’s projects
Widows
The foundation would wish to train and encourage widows on the following areas;
 Handicrafts such as pottery, batik tiy and dye, basket weaving, local jewelry making, picture making and bee making
• petty trading
• agriculture (cropping and rearing)
• habit of saving through “susu” saving boxes
Widows will be provided with materials and some capital after the training.
Children
On the part of children, the foundation will wish to provide the following
• study materials such as books, bags, pencils and pens,
• school uniform, sandals, and some clothes especially during festivities
• Pay their school fees and other bills
• some sort of feeding during and after school
• entertainment such as fun fair during festivies
Children may also be taken through the training for widows at their leisure time if they are interested.
Key success factors
The foundation is with a high probability of success because of the below reasons;
• The viability of the areas the widows are to be trained in
• The financial package to be involved in the
Limitations
The foundation may be limited in the following ways;
• Financially
• Society pressure
• The mentality of widows and children
• Difficulty in determining who is a needy widow or child.
Management
Documentation
The foundation will keep records of all activities on annual and quarterly bases. It will do this not also on statistics and successes but also the process in achieving its objectives.
Future expectation
The foundation would wish to expand its services to needy single and teenage mothers, and also educate needy children to the tertiary level.

REPORT ON THE INAUGURATION OF THE DON FOUNDATION LAWRA

REPORT ON THE INAUGURATION OF THE DON FOUNDATION LAWRA ON THE 1ST JANUARY, 2015 AT THE LAWRA COMMUNITY CENTER ON THE THEME: CELEBRATING OUR WIDOWS – THERE IS STRENGHT IN UNITY.

The grand launch, the Don Foundation Lawra (DFL) took place in Lawra on January 1st. At about 12:30 pm. Participants began arriving. The official opening was at 2 pm, all invited guest had arrived, and notable among them was the District Chief Executive, the Pognaa (Queen Mother) of Lawra traditional council, the Pognaa of kolbanour and the hon. Member of the assembly for Tabier- Kuowob- Orbir – Bagr electoral area. In attendance were 181 widows from several parts of the district.

The programme was opened with a prayer led by the head Pastor of the International Central Gospel Church of Lawra Assembly (ICGC), Pastor Mathew Anor Baah. After a brief introduction of the guest and participants, the chairperson for the event was introduced in the person of the Pognaa (Queen Mother) of the Lawra traditional area, Mrs. Elizabeth Fuunaayel. She went on to deliver an acceptance speech and a general address for the occasion.

Next was a strong welcome address by the founder of the Don Foundation, Mr. Maaire Walier Julius (Dj Don). With passion and enthusiasm, he outlined the import of the organization, its purpose, aims and objectives. He went on to admonish participants to take ensuing events and programmes seriously as they are tailored for their social upliftment. In his speech, he hinted on some of the key programmes to be rolled out including batik tye and dye making, soap making among other creative art skills that can generate income to enable them (widows) make a livelihood. He took the opportunity to call on organizations and individuals to support the cause in whatever way possible.

After short musical interlude, the participating women (widows) received a speech from the Hon. DCE of Lawra district in the person of Paschal Dery. Expressing his admiration for initiative he called for a huge applause for the brains behind the organization. He then admonished the women (widows) to embrace the initiative and take all activities seriously. Pledging his support, he donated an amount of GHC 100 to the cause. He concluded by urging the organizers not to lose focus but go on to broaden the scope and helps to alleviate poverty and state dependency.

The Pognaa (Queen Mother) of the Lawra traditional area was next to address the gathering. Speaking also on the behalf of the chief of the traditional area, she explained the chief’s absence and went on to ask the attendees to take time to assess their current conditions and accept programme, to own and uplift the own image as a group. She concluded by pledging all the support the council could offer. Also in her closing remarks, she asked the women (widows) to merry and to forget all the thoughts of loneliness and sorrows their departed spouses have left behind.

Later in the evening there was fun fair for the youth of the Lawra district, there were a lot of performers search as miss s.h.s, dancing, singing/rap, eating, comedy, chair dance and much more......