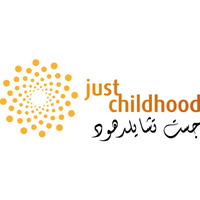 We Colour Our Lives with Education: just.childhood was founded to support Palestinian and Syrian refugee children and children of socially marginalized families and ease their often very difficult entry into their education. just.childhood consists of two NGOs, a German and a Lebanese. As the German association is mainly existent to collect funds in Germany and to give donation receipts to European supporters, but also to serve as an approving authority, the Lebanese NGO is responsible for running and administering the kindergarten Bait al-Shams itself. Both NGOs are actively involved in enhancing continuous teacher training on Waldorf Early Childhood Education both in Germany and Lebanon.

Dear friends of Bait-al-Shams Kindergarten in Shatila and Baalbek,

we hope this finds you all very well and you are enjoying the holiday season among your loved ones. As every year, we would like to give you a little insight into the development of our beautiful kindergartens. Yes, we can say kindergartens now!  In the last newsletter we have already talked about the discussions we had with Inaash Association about sharing responsibilities in their long-established kindergarten in Baalbek, that is now transforming into a very big Waldorf kindergarten. I will come back to it later on in this letter. All of you supported it in different ways during the last couple of years, as donors, as trainers, as people, who have a deep interest in how things are developing and blossoming. Bait-al-Shams Kindergarten now exists since five years, founded on the vision, that education is one of the most important aspects for a development that can change the cycle of poverty, violence and lack of rights. And with the peaceful methods of the reform pedagogy, Waldorf-Pedagogy, which has a deep respect for the individuality of each human being, this kindergarten tries to offer each child the best basis it needs to develop its inner talents, abilities and creativity.
The situation in Shatila has changed a little bit this year. We still have our very engaged and lovely team with seven teachers who take care of nearly 55 children in 3 groups: Fadiah and Zeinab in Bee group, Layal and Inas in Butterfly group, Samah and Nivine in Bird group and Khadijeh, for coordination. In February, two members of the team took part in an assessment with Bernhard Merzenich and were certified by the German Waldorf Akademie in Mannheim.  For the first time we had some major staff changes in Shatila. Our educator Hanaa got married and moved to China and our long-term coordinator Rabieh, without who the project would not be as it is today, also started a new life with his wife far away in Canada. And despite being sad as a team for the losses, we are happy to welcome Nivine Saber back to the Just.Childhood family and Hilda Al Shoura as new coordinator. We are happy to have them and working with those two started off in a wonderful way. Just like during the previous years, Bait al-Shams hosted several trainings in 2019. In February we welcomed Bernhard Merzenich, in May Andrea Wiebelitz, and in October Andrea along with Francisca van Dijk. We have reduced the workshops a little bit and focused less on mentoring but more on theoretical and artistic work without the children. During the week from 6.7.-14.7. an international team of trainers of the "Freunde der Erziehungskunst Rudolf Steiners e.V. - Notfallpädagogik" traveled to Baalbek to train the staff of a kindergarten affiliated to the Wavel Camp team in trauma and early childhood education. An intensive training week of the local team took place in Baalbek, in which the kindergarten teachers from Shatila also took part. A great support! In this way, content could be conveyed directly and realistically from the country's situation, without the detour of a translation into Arabic.  In the final round the feedback was amazing: The educators now want this new pedagogy. There was a spark of enthusiasm this week and despite many open questions and concerns or even "jitters" before the new beginning, they are ready and curious about the change. They want to try out how to get from academic to experimental learning and how to do it, if you consider learning through imitation, how to set up the rooms for freeplay, offer flexible toys and how to accompany that.

In September trainers Martina Polleros and Almut Slezak joined the Baalbek team for a month to accompany the team on site for a month during the transition period. So it is as if a big old ship gets a new coat of paint, sets off on new adventures with new sails and an extended crew. It doesn't matter that there can be storms from time to time, because the direction is known, there are good captains in the team and the ship is sustainable. On the farewell day there were many hugs and one had the feeling that the "friends" were saying goodbye to friends.Many thanks to all of you who were there this week and who contributed to this impulse which hopefully will benefit many children and their families in the future. Beside the staff that has worked in Baalbek before, we welcomed six new educators and our coordinator Khaled Abu Khaled who turns out to be a true added value for this new endeavor and we cannot thank him enough for his tireless efforts. Unfortunately, not everything went that smoothly this year. Just. Childhood started of the need of people in Shalita camp and one of the main needs of people here is creating safe places for children to learn, play and develop. Since 2015 we have been trying with full potential to satisfy this need, but due to security reasons, constant conflict and extremely bad infrastructure it became really difficult.When we first opened our kindergarten, we opened in one of the safest neighborhoods in the camp. Unfortunately, situation has changed and last year we were forced to close our kindergarten for three months from end of May until end of August as result of armed conflict which caused our staff to be locked inside the kindergarten waiting for the shooting to be stopped to escape. This incident was repeated this month on the second of December, this time we managed to escape immediately. Luckily during both incidents children were already at their home safe. Such conflicts are unpredictable and can happen at any moment anywhere inside the camp and it is very frightening for all of us here to imagine such situation while the kids are still around.  Under those circumstances and for the safety of our children and staff we decided to search for a new building. The priority for us is finding a place within the camp area or near its borders for us to continue serving the needs in Shalita community and to maintain the trust and connection we established. However, at the time being we are able to work and maintain our doors open for our beautiful children and their families. Samah and Zeinab continued their Eurhythmy Training with Judith Byford at Step Together Association in 2019 and they are very happy with the progress.  Also, Zeinab took the responsibility of managing the training of the team in Baalbek. She is doing a wonderful job and looking at the new project in Baalbek, it made us realize how much the Shatila team has achieved during the last years and how valuable their contribution to the training of the new colleagues is.  Despite the difficulties we faced in Shatila and now since October due to Lebanon’s political and economic instability, we would like to keep our positive spirit. Seeing the happy faces of our children on a daily basis makes it all worth it. Seeing them doing well in school confirms that we are on the right path and that this kind of education is really helpful for children.  We wish you a wonderful holiday season and all the love for the New Year. Thank you for being there with us and thank you for your support.

As a small impression on our work you may find our newest video here:
https://youtu.be/DsP2fdVB-vQ With warm wishes,Wiebke in the name of all the team and now 263 children!