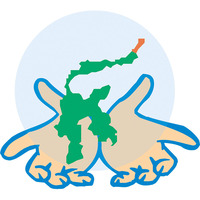 The overall purpose of the charity Friends of Lembeh-Pulisan-Bangka e.V. is to maintain and protect the Wallacea Region of North Sulawesi, Indonesia with ist unique marine and terrestrial fauna from harmful and environmental destructive practices.

Tasks of the charity comprise publicity, mediation between public, semi-public and private institutions, with an emphasis on education and environmental awareness with the aim of establishing a sustainable and environmentally friendly eco-tourism in the region.

The charity aims to co-operate with other regional bodies in order to achieve its goal. Furthering sustainable methods in the sectors agriculture, fisheries and tourism the charity condemns extractive mining practices which tend to spread in the region and bear massive damage for the environment and the indigenous people living there.

A focus is on co-operation with regional bodies to further education by providing school sponsorships and supporting local ngos in awareness programmes.

The charity is a non-profit, non-government, independent organization (NGO) that will raise funds to maintain its projects. Donations are tax-deductable.

The charity Friends of Lembeh-Pulisan-Bangka e.V. supports the local Bangka Conservation Fund (BCF) in its purpose to save the unique Bangka island flora and fauna from destructive and devatsating mining practices.

September 2008 the Regent (Bupati) of North Minahasa, Sompie Singal, issued a permit to PT Mikgro Metal Perdana (PT MMP), a subsidiary of the Hong Kong based Aempire Resource Group under Shenzen Energy from Guandong/China, to explore for iron ore on Bangka.

January 10th 2012 Residents and tourism operators sued the Bupati and PT MMP in an effort to prevent the mining. Their lawsuit was based on the fact that Bangka is defined as a small island under Law No.27/2007 on the Management of Coastal Areas and Small Islands. This law states that mining is illegal on islands smaller than 2,000 km². Bangka has a surface area of just about 48 km².

January 2012 During the Asian Tourism Forum (ATF) in Manado an information booth rented by the Save Bangka Initiative was dismantled and seized by police. A first petition was being staged during the ATF.

March 2012 The Provincial Secretariat sent a letter to the Presidential Secretariat (in reply to the January letter) stating the provincial government doesn't support the mining plans on Bangka.

July 2012 The Regency Chief (Bupati) extended the exploration permit granted to PT MMP despite the ongoing lawcase, now even including iron ore and other materials.

Bangka residents and tourism operators successfully appealed at the High Administrative Court of Makassar, South Sulawesi. On March 1st 2013 (in verdict No.165/B.TUN/2012/PT.TUN.MKS), this court overturned the Manado Court’s ruling. The judges accepted all points of the plaintiffs' case. The verdict revoked the exploration permits and their extensions.

The Bupati and PT MMP rejected the Makassar High Administrative Court’s verdict and appealed to the Supreme Court in Jakarta.

The Bupati ignored the Supreme Court’s ruling and gave PT MMP permission to commence preliminary activities for mining whereas the verdict was kept secret for several months before being exposed.

End of September 2013 PT MMP tried for the second time to force landing of drilling equipment at Kahuku village, being fiercely resisted by hundreds of islanders from Bangka and adjacent Kinabuhutan and Talise islands and Likupang; two provincial police batallions landed in Kahuku; villagers were threatened to be shot dead if they don't give up their resistance; villagers set deadline, Oct 1st, 5 pm to move the drilling equipment; finally police was withdrawn and equipment moved, but only temporarily.

October 2013 Walhi and local NGO AMMALTA separately filed more law suits against the Regency Head. This was responded by PT MMP filing a lawsuit against Kahuku villagers for having burnt an excavator rented by the company but later settled out of court in exchange for AMMALTA skipping its law suit.

Only by the end of October the Save Bangka Island Initiative learned that the Makassar verdict in favor of the plaintiffs from Bangka island was confirmed by the National Supreme Court (Mahkamah Agung) on September 24th, 2013. With considerable effort the verdict could finally be obtained, but still – despite all effort – remained ignored until the exploration permit finally expired in July 2014.

The Bupati and the Provincial Governor not only ignore the verdict but also push for a manipulated version of the long term spatial development plan that is resoluted by the North Sulawesi parliament on October 31st.

November 5th A delegation of 3 plaintiffs, accompanied by AMMALTA, departed for a roadshow to Jakarta. They are backed up by all national NGOs involved, staged a press conference on November 10th and lobbied at 18 ministries and national agencies that the Supreme Court verdict will be enforced, Bangka in the spatial plan stays a tourism development and fishing zone, and in the long term be developed into a marine protection area.

November 2013 Petition already attracted almost 20,000 supporters, national media coverage on all channels and in major newspapers is reached. Trans TV casts an in-depth documentary on Bangka that is transmitted on November 12th. North Sulawesi Governor Sarundajang openly stands for mining Bangka and even building a steel factory on the island.

February 17th 2014 The National Commission on Human Rights (Komnas HAM) sent a letter to the North Sulawesi Police chief, reminding police to uphold the law in the Bangka case. The letter mentioned that police had sided with PT MMP, even though the company’s actions were illegal, and that police had supported a pro-mining civilian militia – thereby creating the potential for conflict.

May 31st 2014 Foreign tourists diving in the popular dive location of Sipi off Bangka were forced to surface when rocks were allegedly thrown by workers of PT MMP. The divers were then interrogated and intimidated. They had photographed coral damaged by MMP’s mining operations. Only after their photo material was seized and destroyed, they were released. The dive operator’s report to the provincial police was not followed up, but instead an ad hoc investigation about tourists’ permits conducted at the Bangka resorts.

June 1st 2014 In response to complaints, the central government ordered the suspension of mining activities on Bangka Island. The decision was made by the Presidential Work Unit for Development Monitoring and Control (Unit Kerja Presiden bidang Pengawasan dan Pengendalian Pembangunan [UKP4]). UKP4 summoned the North Sulawesi Governor Sinyo Harry Sarundajang and North Minahasa Bupati Sompie Singal to Jakarta to explain the mining policy. UKP4 head Kuntoro Mangkusubroto regretted the local government had ignored the Supreme Court’s verdict. He called on all parties to find a solution that would avoid conflict and follow the law.

June 2014 The Camat (district head) of East Likupang district, Stevi Watupongoh, denied there had been any violations of human rights on Bangka. He claimed that only 15 families on the island, backed by the resort owners, were opposed to the mining. Locals, on the other hand, say about 80% of families on Bangka oppose the mining.

July 18th 2014 Ignoring all verdicts and commissions the Minister For Energy and Minerals (ESDM), Jero Wacik, on July 18th issued the operation permit to the Chinese company shortly before his office time ending. This minister was soon after suspended from office and is now a suspect of severe corruption. Still the permit is out and being used by the syndicate.

October 2nd 2014 The original Bangka islander plaintiffs filed a lawsuit against the Minister for violating the Supreme Court Rule and thus illegally and purposefully issueing an operation license to PT MMP.

Some local islanders filed criminal sue against PT MMP for cutting their village Kahuku’s vital water supply and thus trying to force them into the resettlement area the company prepared and they so far rejected.

Law No. 27/2007 on the Management of Coastal Areas and Small Islands. This law states that mining is illegal on islands smaller than 2,000 km². Bangka has a surface area of just about 48 km².

Law No. 41/1999 on Forestry. Most of the 2,000 hectares granted to PT MMP has Limited Production Forest Zone status. Therefore, a special permit must be obtained from the Forestry Ministry, through the North Sulawesi Governor, prior to exploration activities. This was not obtained, so PT MMP’s exploration permit was ruled a violation of the Forestry Law. 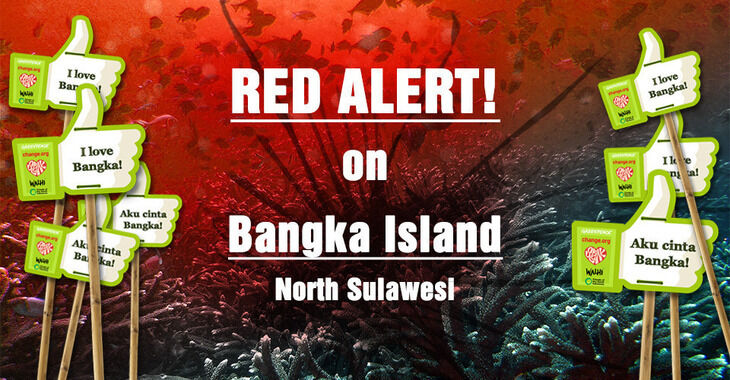