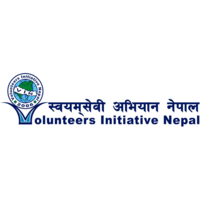 VIN is a non profit charitable volunteer organization based in Nepal founded in 2005. VIN’s mission is to empower marginalized communities through enhanced Education, Health, Income generation & Basic infrastructure programs with special focus on women and children by conducting training and research through mobilizing local and international volunteers to promote equality, economic well-being and basic human rights.

VIN fund and run mid to long-term community based volunteering service projects, focusing on those most disadvantaged women, children and minority groups. Our development approach has four pillars; education, health, tools for economic well-being and the provision of basic infrastructure. Building our projects on these pillars will ensure an integrated and sustainable impact on community people and will give the greatest chance of independence for our working communities. So, when you join VIN as either a volunteer or intern, you can be sure you will be part of long-term, positive change for Nepal. This is just one of the great reasons to chose to work with VIN. Whether we have volunteers / interns or not our projects continuously run by our local fultime staff.

VIN run ten categories of programs; Teaching, Child Development, Public Health, Environment and Conservation, Public Interest, Women Empowerment, Youth Empowerment, Adventure and Volunteering, Journalism, Management and Administrative. Our overall focus is the work we carry out in the communities, however, we also run teaching, research, administration and public interest projects in and around Kathmandu.

Thanks to our dedicated staff, VIN can ensure these projects run consistently, building the trust of the communities and relationships with our partners. However, our international and local volunteers are a huge asset and work on our projects can be completed as a volunteer placement or an internship . We also have group volunteer opportunities and Adventure and Volunteer Projects , for those who might only have a short time to experience Nepal. All that we ask is commitment and flexibility, so together we can join hands to make a real difference.

Despite Nepal’s popular appeal to tourists, it is one of the poorest and least developed countries in the world, with over 25% of its population living below the poverty line.

A country of contrasts, Nepal is home to a dramatic landscape and a rich culture. But its geography renders around 80% of its land hostile to agriculture, it is susceptible to natural disasters and its feudal and religious heritage mean that discrimination between gender and caste prevents Nepal from looking towards a brighter future.

Landlocked, the country remains in an uncomfortable strategic position between the powers of India and China. Much of the land itself is hostile to agriculture, with approximately 20% being open to cultivation, yet more than 75% of the population still depend on agriculture for survival. This means there are periods in the year where families have no source of either income or subsistence.

Despite the severe shortage of fertile land, more than 75% of Nepal’s population depend on subsistence-farming for survival. During the harvest season, children in rural areas will not be allowed to attend school, needed in the home to baby sit or complete chores. In the months when there is no yield for land, the children become a source of income, farmed out as child labour. In the instances where children do attend school, they are not encouraged to open their books at the end of the day because they have chores to do. And where incomes are tight, families cannot afford the extra cost of school supplies and uniforms.

Despite a pledge by the Nepalese Government to the UN to empower its women by 2015, gender discrimination remains a constant reality. A girl child is often seen by their family as a burden. Instead of receiving education and the chance of a better job, they are arranged to be married at an early age and become dependent upon their husband. Where approximately 48% of the population remain illiterate, the statistics are significantly higher for women.

Political unrest has been a constant shadow across Nepal for some time. While hope for change emerged in 2006 with the end of the 10 year civil war, the subsequent coalition governments have failed to draft a meaningful constitution for the country. At the time of publishing Constituent Assembly elections are once more anticipated in November 2013. And while opposing political parties fight over the number of constituents that will make up the assembly, the country remains stagnant. Only 31% of the population have access to improved sanitation and the scarce water on which the country relies is polluted by animal, human, agricultural or industrial waste.

VIN facilitates projects focused on the women and children of marginalised communities against this challenging backdrop. VIN believes that the empowerment of women and children will bring about positive change so desperately needed in Nepal.

Jitpur Phedi, an underprivileged rural community, was VIN’s pilot community, where work began in 2007. Jitpur is situated just 11km from Kathmandu and is comprised of nine separate wards, each of which accounts for several smaller settlements. Jitpur is home to approximately 6000 people of a variety of castes and religions, living in over 1000 dwellings.

In almost six years, VIN has made significant progress within the community; aiding the construction of toilets in 300 homes in collaboration with District Drinking Water and Sanitation Office (DDWSO); VIN formally registered Jitpur Phedi Women’s Agricultural Cooperative Ltd, helping over 200 women to gain access to funds to use for income generation for their families; providing 685 children with training on their basic rights and training over 200 women on vegetable farming, literacy and life-skills.

In Jitpur Phedi VDC our projects continue to run successfully and we are hopeful of reaching the target of independence 2014.

VIN has already begun preliminary work with our next focus community, Okhaldunga. Situated in the Everest region of the Nepal, some 250km from Kathmandu, Okhaldhunga has a population of over 10,000. VIN intend to work with three village development committees; Taluwa, Thulachhap and Bhadaure.

VIN believes in financial transparency. The project fees paid by our volunteers is the main source of income to fund our community projects. VIN receives no funds from government or foreign agencies. However, we are mindful to ensure our costs and the resulting fees are kept to a minimum and to maintain that transparency on how the fee you pay to us is spent. These fees allow VIN to continue our work in the community. We think you will find the fees affordable but are happy to answer any questions you may have.

Thank you for taking the time to read about our work.