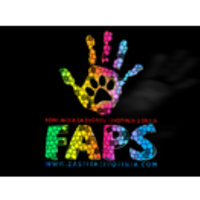 Foundation for Animal Protection in Serbia-FAPS

managed by Foundation for Animal Protection .

GOAL
The goal of the Foundation for Animal Protection in Serbia - FAPS is the protection of all species and groups of animals and the preservation of their natural habitats in the territory of the Republic of Serbia.

MISSION
The mission of the Foundation is to, by its activities and a series of humanitarian actions, contribute to the creation of a strong financial grounds (base) for the Foundation which will be used to finance all strategically coordinated projects of the NGO sectors directed towards protection of all species and groups of animals and the preservation of their natural habitats on the territory of the Republic of Serbia.

PRINCIPLES
In the course of its mission, on the way to the achievement of its goals, the Foundation for Animal Protection in Serbia – FAPS will abide by and apply:
The principle of responsibility, according to which FAPS will with responsibility, perseverance and in public, take and carry out all actions and activities, and be in charge before the government agencies and all donors supporting the Foundation`s work.
The principle of conscience and honesty, which FAPS will be guided by, while taking and carrying out all its actions and activities.
The principle of humanity, in accordance with which FAPS will, in the course of its mission, respect all animal rights guaranteed by the law and that:
The right to life without pain, distress and illness,
The right to life without fear, stress and suffering,
The right to food and water,
The right to comfortable accommodation,
The right to display behavior typical of the species and put the above mentioned rights into practice, respecting the value of life of all living creatures and at the same time creating a harmonious and responsible relationship between people and animals and their environment.
The principle of the strategic approach, which FAPS will apply in its work while making and enacting local and regional regulations, is to use clear short-term and long-term strategies, as well as dedicated, persistent actions consistent with these principles.

COOPERATION
In the course of its mission, on the way to the achievement of its goals, The Foundation for Animal Protection in Serbia – FAPS, will pay maximum attention to establishing a quality, mutual and continuous cooperation with the public sector, the NGO sector and the population itself on the territory of the Republic of Serbia, as well as to establish cooperation with foreign countries, organizations, companies and individuals, believing that only together can we reach our goals and solve the problems we have faced for decades.


GENERAL PLAN AND PROGRAM OF THE ACTIVITIES

The general plan and program of the activities of the Foundation for Animal Protection in Serbia – FAPS, is divided into three time phases, during each of which mutually connected activities will be strategically planned and implemented .These phases will be staged as follows:

THE FIRST PHASE
In the first phase, the goals of FAPS are:
Carrying out big humanitarian actions-campaigns in the country and abroad, and that: the ”Million People for Animals of Serbia” action; the “Thousand Companies for Animals of Serbia” action and the ”Celebrities for Animals of Serbia” action, all of which aim to create a uniform and sustainable financial base for the Foundation, wherefrom all future projects for the protection of animals and preservation of their natural habitats in the territory of the Republic of Serbia will be financed, and to create a network of permanent small donors in Serbia who will help finance the implementation the Foundation`s goals by making monthly or yearly donations;
Coordinating FAPS work with other non-governmental organizations (NGO) pursuing the protection of animals and their natural habitats, in order to create a strong, well-equipped and well-organized network in the NGO sector for protection of animals in the territory of the Republic of Serbia, capable of coordinated, local or regional actions, with a priority in stopping the increase of stray animal populations and to educate the public in how to eradicate the problem;
Making local or regional legal teams (made up of lawyers) which would provide legal support to the NGO sector, while non-governmental organizations themselves would be able to start a quality and systematic application of valid legal regulations binding everyone on the field ( with no exception) and systematically follow up all legal actions taken against any individual committing criminal and other inhumane acts against animals, as well as against all other individuals who do not abide by the current legal regulations in the course of their handling or animals or do not act in accordance with their legal duties, so as to assure compliance with the current legal regulations of the Republic of Serbia;
Establishing cooperation with local veterinary stations across Serbia to enable their mutual work with the NGO sector, to establish the most favored price for giving quality service during the realization of the Foundation`s planned actions, and to get them to financially support the actions the Foundation has already taken;
Trying to build a cooperative partnership at the local, regional and republic level, between the government authorities, public institutions and the NGO sector (as prescribed by the current legal regulations) in order to, by joint efforts take up solving problems dealing with animal protection, and enable a quality application of legal regulations in the territory of the Republic of Serbia, binding not only individuals and groups but also the government agencies authorized to put the laws into effect (all this by making local regulations and practices compliant with the current legal regulations, as well as acting by these).

THE SECOND PHASE
In the second phase, the goals of FAPS are:
Engage in humanitarian actions campaigns in the country that are coordinated with the SKGO (the Standing Conference Cities and Municipalities) - ”Cities and Municipalities for Animals of Serbia” and the ”Embassies for Animals of Serbia” actions, the aim of which is to strengthen the previously made sustainable financial base of the Foundation. Alongside with these actions, other local actions such as ”Primary school Students for Animal Asils” and “Graduates For Animals”, will also be organized. Through the actions made at primary and secondary schools, the implementation of basic education of students about all topics related to animals will be started in order to create one new, more responsible society.
Carry out coordinated universal sterilization (spaying and neutering) of stray dogs and cats, as well assisting pet owners who choose to sterilize their pets, and educating the public about laws and regulations relating to animal welfare, including the sanctions for violations of those laws and regulations. Coordinated actions would be taken concurrently at several local communities (depending on financial capabilities), proceeding from rural to urban areas, so as to decrease the of the rural stray animal population and thus start a gradual decrease of strays in urban streets. Coordinated actions will be taken first in those local communities where there is close cooperation between the public and the NGO sector. In communities lacking such cooperation, attention will be given first to the NGO sector`s work to educate and persuade the public to comply with animal protection laws and regulations.
Devote efforts to strengthening the capacity and improving the quality of service and the conditions of animal shelters, with a priority on public shelters, and that, in the local communities where there is a strong cooperative partnership between the public and the NGO sector. In local communities lacking such cooperation, priority will be given to the work of the NGO sector and to the work of shelters operated solely by the NGO organizations while the public in such local communities will consistently persuaded through outreach programs to comply with animal protection laws and regulations.
Support formation of police or community (local or regional) service officials for animal protection (Animal Police) who shall strictly employ only those individuals committed to animal welfare and who have, since the founding of the Foundation and the beginning of its work, fully supported taking actions and devotedly worked in the field, as recommended by the local and regional NGOs.

THE THIRD PHASE
In the third phase, the goals of FAPS are:
Continuation of humanitarian actions such as “Primary School Students for Animal Asils”, “Graduates for Animals” and the like; also, continuation of educational programs directed to students of primary and secondary schools.
Continuation of taking organized and coordinated actions of universal sterilization (spaying and neutering) of stray dogs and cats, as well as sterilization of dogs and cats whose owners choose to sterilize their pets, and continuation of the education of public in support of these efforts.
Devote efforts to turning all shelters in the country into Asils for permanent accommodation of animals while gradually abandoning the CNR system.
Starting scholarship programs for the highest achieving high school students and students of veterinary medicine and connecting with foreign universities in order to create possibilities for student exchange, with the aim of producing the best possible doctors and technical staff and thus improving veterinary care at all levels.
Commence the cleaning, maintenance, rehabilitation and improvement of natural habitats of wild animals in the territory of the Republic of Serbia, and promoting these through the mass media.
Commence programs to control the breeding of purebred dogs and cats to ensure humane conditions, along with a constant close monitoring of the situation in the field; narrowing of the territories where hunting and fishing is allowed with simultaneous efforts to establish conditions conducive to an increase in the number of wild animals and for a further development and expansion of their natural habitats; establish continuous efforts aimed at fostering respect for animal protection laws, as well as all other actions which may be initiated by the NGO sector in the future, depending on the local or regional needs.

NOTICE: In the early stages of the third phase of carrying out these actions, the Foundation will additionally, and pursuant to agreements reached with the NGO sector and local self-governments, provide precise information about its further activities.
In all phases of its work, the Foundation will also carry out many other smaller (in scope) actions which have not been particularly listed in the formulation of the general plan of the activities, to increase the financial base of the Foundation and , cooperating with both individuals and groups, to generally promote animal welfare. 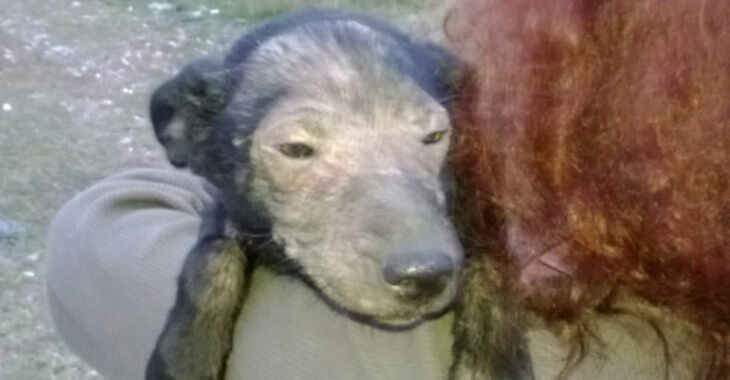 I triggered a (partial)payout for these needs:

With the money will be paid to all listed veterinary costs. These are the costs of the operation of the tumor, as well as a cost for the treatment of demodicosis a puppy.  We thank you from the heart to all the donors for their trust!

A donation amount of €185.00 was requested for the following needs: