bring a charitable hospital in northern India up to date

A project from ks-plus e.V.
in Kirpal Sagar near Rahon, India 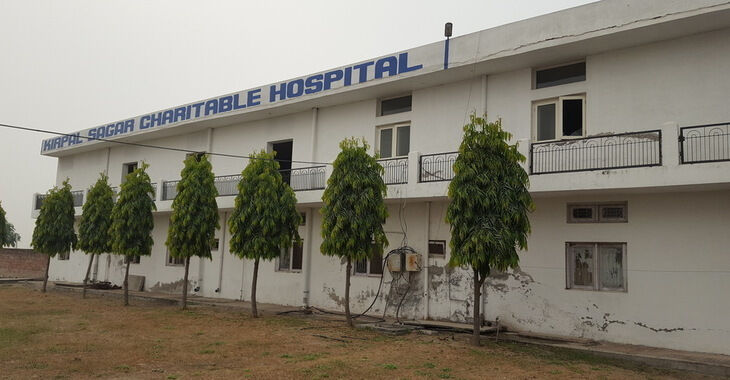 bring a charitable hospital in northern India up to date

A project from ks-plus e.V.
in Kirpal Sagar near Rahon, India

At the Kirpal Sagar Charitable Hospital in Punjab, India, a major refurbishment with drainage and roof waterproofing is pending. The EDP has to be brought up to date, individual areas have to be set up and expanded.

The Charitable Hospital in Kirpal Sagar has existed since 1982. In 1995 a new two-storey building was moved into, today's bed wing, built of bricks. The hospital was extended by the functional wing, of which the ground floor was built in a first step and has been in operation since 2012.
During the rainy season a lot of water falls from the sky, which remains up to 50 cm high for days. The brick walls absorb water like a sponge and then release it back into the rooms. A difficult situation both for the patients and for the staff, the interior design and equipment.
There was no money for drainage or the like during construction, which is why improvements have to be made now. In 2017, an architect took a close look at the walls, foundations and roof and drew up a renovation concept to improve the situation at a manageable cost. This is now to be implemented step by step.
There is also still a lot to do in the administrative area. Thus the EDP must be adapted and developed to the requirements.
In the bed wing, the extension of existing rooms to sickrooms is still pending. In the functional wing, the construction of the first floor is still missing in order to make the building leak-proof. A lot of work for a project that is financed by donations.

If direct help for people is more important to you than buildings, here is the right project for you: https://www.betterplace.org/de/projects/58181-ausstattung-eines-indischen-karitativen-krankenhauses-erganzen-und-erhalten
Health Infrastructure
Updated at 18. March 2020