Give hope for a future without Childhood Dementia with your donation 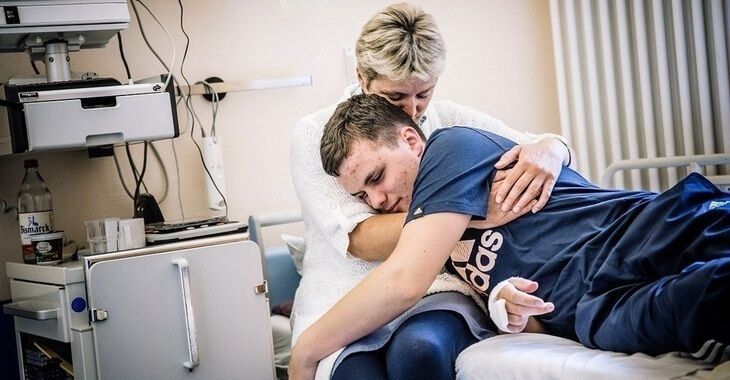 Give hope for a future without Childhood Dementia with your donation

Childhood Dementia or NCL, is a incurable and fatal illness that gradually causes the children to lose the ability to see, think, walk and speak until they eventually die. Help us to find a cure with your donation!

Did you know that children can already suffer from dementia? No? Then you feel like most people. Because only a few know that this fate can also affect children.
When children suffer from the fatal Childhood Dementia NCL (Neuronal Ceroid Lipofuscinosis), their nerve cells gradually die - with tragic consequences. They gradually lose the ability to see, think, walk and speak. They also suffer epileptic seizures. Sadly, NCL is not curable so far and is always fatal, usually affected children die before the age of 30. As the disease is very rare, the development of a medication or therapy against NCL is not profitable and financially interesting for the pharmaceutical industry.
However, we think no child should have to die of NCL! That is why we, the non-profit NCL Foundation, have made it our task to educate about Childhood Dementia and to develop a therapy for NCL.
We specifically support research projects and network scientists. Because scientific exchange is the basis for all progress! Besides the lack of a therapy, the low level of awareness is another issue. This leads to numerous false diagnoses and a diagnosis time of at least three to four years. A time of agonising uncertainty for the families. This is why we inform doctors about further training, hold lectures, hand out leaflets and go to schools to sensitise the younger generation for NCL and rare diseases.
We firmly believe that a child suffering from a rare disease like NCL deserves the same life prospects and opportunities for the future as a healthy child.
This is something worth fighting for. For hope. For a medicine. For a life without Childhood Dementia!
Help us with your donation!
Show all 8 photos
ResearchHealthChildren and Youths
Updated at 17. November 2020

This project is also supported on