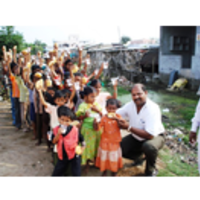 1) Who We Are
We are People in Need Ministries, located at Door No: 20/585-34, Lakshmanarao Purum, Machilipatnam, Krishna District, and Andhra Pradesh. India. PIN code: 521 001
We are non-profit registered organization. Regd No: 275/2005. We have FCRA and 12 A. We have good a infrastructure and facilities.

2) About Our Organization.
Our Machilipatnam town is surrounded by more than 300 remote and suburban villages. The farmer’s men and women grow vegetables and fruits. Every day they will come to Machilipatnam town, to trade their items in the market. These people are not educated and only depend on their cultivations. With their low income they are unable to give education for their children. People in Need Ministries concentrate and focus on the needs of the villages, such as, helping with the children’s education, retraining of mature women/widows, rural and tribal village development, literacy and self sufficiency. We offer micro-loans for village women’s empowerment, sewing centers for teenage girls and women, safe drinking water and agricultural projects. We also offer vocational training, youth retreats, disaster relief and medical aid for health issues such as HIV and T.B we also support church development, street evangelism and seminars, gospel crusades, tsunami rehabilitation and safer environment.
An Introduction from Our President and Founder
The Bay of Bengal is just 5km away from our home town of Machilipatnam. To reach the beach, it is 10km by road. On December 26, 2004, our town of Machilipatnam was hit by a tsunami. The people who came to the beach to worship the Sun in the morning were caught up in the tsunami and were swept away. Nearly 200 people died. Even fishermen who were caught in their boats died. Many of the dead bodies were found in the surrounding bushes and buried in the sand and many more dead bodies were washed 3 days later. The Machilipatnam town and surrounding villages were in deep sorrow; everywhere we heard so many cries. After the tsunami, we visited the places affected and found that many children, teenage girls and boys had lost their parents. My heart was deeply moved and filled with sorrow, and I decided to start an organization to bring help to all those in need. We are now working among backward villages, especially in the remote areas where there is no communication and limited access to the outside world.

The tsunami left a legacy of damage to the delicate infrastructure of agricultural policies conducted in the area. Both prawn farming and rice production which had been successful failed due the contamination by seawater, this resulted in the farmers losing both their liver hood and their homes.

The contamination has not only affected the farmers due to unsuccessful crop yields after the aftermath but the whole surrounding area has suffered with landlords unable to collect rents from the farmers and land values have fallen resulting in banks losing confidence in providing new loans as old ones are being defaulted on. It will be many years before the area’s economy recovers.

3) RURAL POVERTY IN INDIA
The number of poor people in India, according to the country’s Eleventh National Development Plan, amounts to more than 300 million. The country has been successful in reducing the proportion of poor people from about 55 per cent in 1973 to about 27 per cent in 2004.
But almost one third of the country’s population of more than 1.1 billion continues to live below the poverty line, and a large proportion of poor people live in rural areas. Poverty remains a chronic condition for almost 30 per cent of India’s rural population. The incidence of rural poverty has declined somewhat over the past three decades as a result of rural to urban migration.

Poverty is deepest among members of scheduled castes and tribes in the country's rural areas. In 2005 these groups accounted for 80 per cent of poor rural people, although their share in the total rural population is much smaller.

On the map of poverty in India, the poorest areas are in parts of Rajasthan, Madhya Pradesh, Uttar Pradesh, Bihar, Jharkhand, Orissa, Chhattisgarh and West Bengal.

Large numbers of India's poorest people live in the country's semi-arid tropical region. In this area shortages of water and recurrent droughts impede the transformation of agriculture that the Green Revolution has achieved elsewhere. There is also a high incidence of poverty in flood-prone areas such as those extending from eastern Uttar Pradesh to the Assam plains, and especially in northern Bihar.

Poverty affects tribal people in forest areas, where loss of entitlement to resources has made them even poorer. In coastal fishing communities people's living conditions are deteriorating because of environmental degradation, stock depletion and vulnerability to natural disasters.

A major cause of poverty among India’s rural people, both individuals and communities, is lack of access to productive assets and financial resources. High levels of illiteracy, inadequate health care and extremely limited access to social services are common among poor rural people. 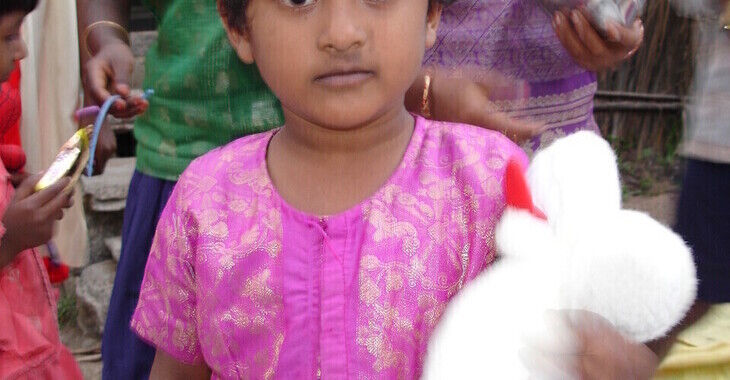 Since many years, Street Children Christmas celebrations gives us great experience to change the children lives in the villages.

This year  2014 also during the Christmas, we are preparing to conduct “Street children Christmas”. We will call the poor street children in around 200 villages. Providing A Bread and A Glass of Milk, distributing Toys, Candies, New Testament Bibles, preaching about Lord Jesus birth.

Your contribution will give a smile to all the street children in the villages. Please support this great cause.