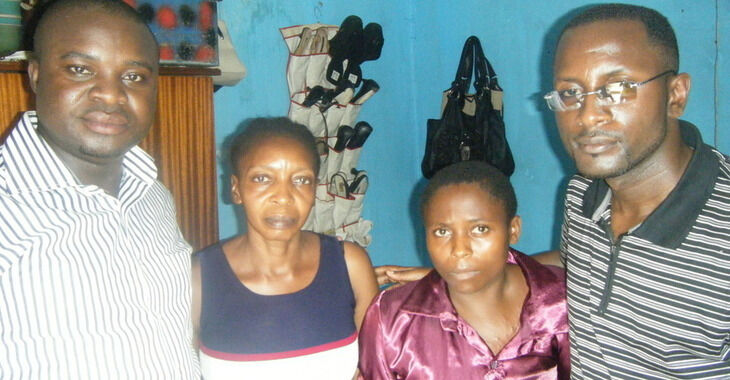 A lot of people in the remotest areas do not know of the existence of cancer and usually attribute it to witchcraft. Most often, people get to the hospital when it is late and nothing can be done to reverse the situation.

TARGET POPULATION: Cancer patients/terminally ill/survivors/general public, Cameroon .
- GOAL/OBJECTIVES:
-To reduce death incidence as a result of late diagnosis of cancer through awareness/counselling services: Emotional and physical support to cancer patients, terminally ill, survivors and their respective families.
-Identify and build up a data base of cancer patients in need of support and home visits.
-To act as WHISTLE BLOWERS in the health domain: Anybody/patient who feels neglected by the hospital should confine in us. We will advocate for the helpless and powerless.
- JUSTIFICATION: Cancer is becoming very rampant and common nowadays due to changes in environmental conditions and changes in our eating habbits. Africans use to think it was just a western ailment and it attacks only the rich and elderly. But this is becoming totally wrong as many Africans of various ages and class are taken ill of cancer. Alote of people in the remotest areas do not know of the existence of cancer and usually attribute it to witchcraft. Most often, people get to the hospital when it is late and nothing can be done to reverse the situation. Cameroonians (Africans) need total awareness and counselling on what next to do when told you have cancer, terminally ill, or a survivor. People need proper orientation because they usually give up when told they have cancer because they assume it’s a death penalty. Another serious factor is the fact that one of the biggest reference hospitals in the Country, Douala General Hospital, Douala, Cameroon does not have a counselling unit for cancer patients and they are in need of it as we were told. That’s why our pilot phase of this program will begin with Douala General Hospital, where most cancer patients/cancer suspects/terminally ill are referred to. Many cancer patients and their families do suffer from depression, thus we need to counsel and rehabilitate patients/families/survivors.
- BENNEFICIARIES: We anticipate that more than 10 million Cameroonians (Africans) after commencement to benefit from this cancer program either directly or indirectly within the space of five years at least. Our ultimate goal is to engage world bodies like W.H.O.A.U., G20, and E.U. to facilitate subsidization of cancer treatments in Africa, just like what has been done for Hiv/Aids.
- REQUIREMENTS:
-We will need toll free cancer/health complaints hotline which could be operated on a 24 hours basis.
-Communication gadgets will be necessary to facilitate our job in these modern times.
-We will attach our counselling unit services at the Douala General Hospital, Cameroon
-Transportation facility
-Equipped office with internet provision for research online/exchange.
7) PROJECT ACTIVITIES:
-Awareness/Counselling services to patients, survivors and their respective families.
-Identify cancer affected patients and survivors
-Organize training on counselling of cancer patients, terminally ill and survivors.
-Support services
Alle 3 Fotos ansehen
Gesundheit
Zuletzt aktualisiert am 18. März 2020